Diversity House were delighted to deliver Black History Month events in Swale. Young children were adorned in extravagant headwraps, local people danced to African music and disengaged individuals had their spirits lifted through being enlightened of their Identity.

Black History Month is the celebration of achievements of the Black Community: Past and Present. With the hope of future generations acquiring knowledge of the abundant advantages achieved by this diverse race.

Black History is often overlooked in formal classrooms, and even if it is spoken about all too often the narratives surround slavery and apartheid. The history of black people is much richer than the conventional literature presents. They deserve to have recognition for the contributions made to the world. Black History Month challenges the racism surrounding Black History and invites the learning and educating of communities to be better informed. 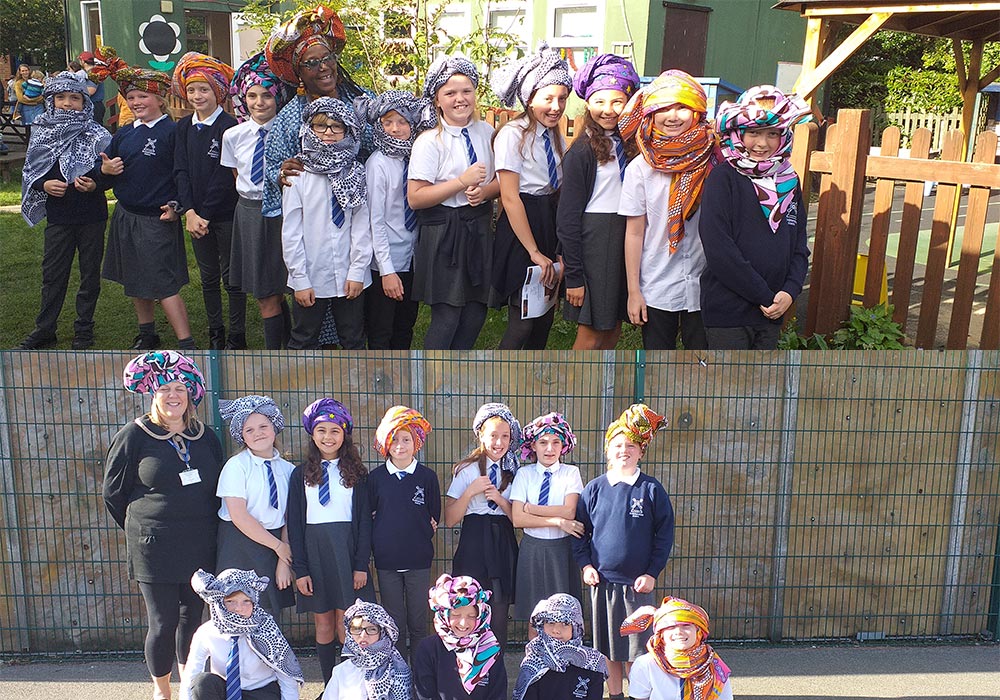 Black individuals have been a part of the community of Britain for a very long time. Many centuries in fact! Britain’s oldest complete skeleton known as Cheddar man (because of its discovery in Cheddar, Somerset), was discovered to have dark complexion with blue eyes and dark, curly hair.

Black people are in the background of paintings with Henry 8th. Queen Victoria had a black goddaughter, whose mother was a Nigerian Princess ‘Omoba’. After the death of the girl’s parents her name was changed to Sarah Forbes-Bonetta. Black people are disregarded in historical books, their importance to the fabric of Britain downplayed. This echoes into the real world, where individuals try to find their identity. Black figures in historical western literature, are belittled, shown with in stereotyped light with prejudice views, being represented as a social problem, playing the more submissive role to the white man.

Santos et al (2017) study on representation of Black People in History Textbooks, collected quotes from black students and their thoughts of the imagery of black people in textbooks. One quote I picked out was from this research was –
“The image of black people in the textbooks is always ugly, as a slave. I’m ashamed because my classmates make fun of me and I do not like it. Neither do I like to see black people being mistreated. I’d like everybody to see each other as equals and that there would not be a difference between blacks and whites.”

Our staff at Diversity House grabbed the opportunity to organise events in order to share our black heritage. Although this month does benefit in the educating of those with prejudice views and breaks myths, 30 days is not enough to ensure that black people and those of other ethnicities, and diverse backgrounds have more prominent place is historical textbook. Furthermore, it is not only History which needs addressing and rewritten, but also Humanities.

This year Diversity House began the celebration with a special visit to Rodmersham Primary School on 8th October. The session began with Shaz gaining an understanding on what the children already knew. The year 6 pupils could name many African countries and some even visited for holidays. This knowledge was expanded on with discussion on the extensive mineral and natural resources situated there. They learned about the different clothes, lifestyles and languages in the continent. The starter activity ended on the note with informing the children the multifaceted and diverse range of cultures existing in Africa.

Wealthy (a lovely volunteer) who had been in the background cutting material strips in preparation for headwraps, during the first part of the activity took over from Shaz. As a Nigerian woman she knew first-hand, the reason behind head wrapping, the range of styles, depending on religion, marital status and other factors which she shared with the children. She raised awareness amongst the children that head wrapping was not exclusive to Africans. For instance, the Silk turban, Muslim hijab, and Christian nuns. The pupils were given the chance to ask questions from Wealthy who the facilitator was to discover her culture. Her openness allowed for a safe platform for the children to be inquisitive.

With the children beginning to acknowledge the significance of headwraps, the dressings began. The children all gathered round sitting on the carpet. They waited eagerly for their turn on the seat next to Wealthy who wrapped the children’s heads with complex folds and great artistic detail, one after the other. The practical element of the head wrapping really reflected the appreciation of the children of the significance of the wrapping. They were all complimenting each other. The positive comments about the wide range of styles and beautiful colours gave them memories in which they will remember year to come, and they are sure to share with their families. 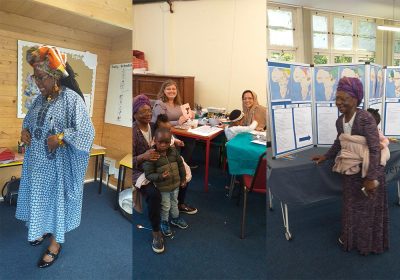 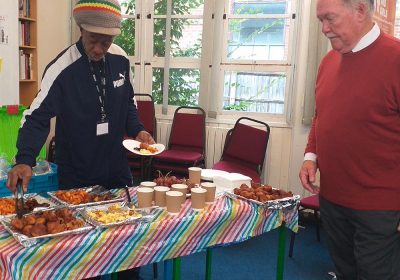 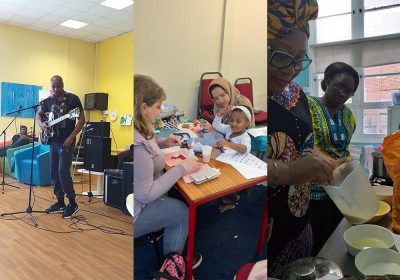 The second part of Black History Month Celebrations followed with a visit to HMP Stanford Hill Prison in Sheppey on 18th October. The presentation called “Kings, Queens and African kingdoms: Breaking the Myths” was delivered by CEO Christine Locke. The aim of the day was to challenge negative myths surrounding that African communities past and help get rid of ignorant beliefs.

Christine began by stating the myths of Africa, seen to be a dark continent, without any innovation or advancement in civilisations. Africa has many riches, with kingdoms and structure some of which is still intact today, and we use in our modern world.

One such example is universities. Did you know the first university was in Timbuktu? Paper was invented in Africa.

Women were empowered before the creation of ‘feminism movement’ . They had many human rights. The queen mother had a special role in Benin royal structure.

The presentation was very well enjoyed. The inmates clapped and agreed with what Christine was telling them.

At the end the audience could ask question. Esther a volunteer ambassador of Diversity House reinforced the message of taking opportunities in life and improving oneself in order to better society and self.

There was a poster board which displayed visuals of queens and kings with their story. On the other side there was the changing borders of African nations. Africa is always changing with merging of kingdoms, fall of countries and other boundary changes which was represented as maps. Mike a trusted volunteer helped with the creation of the board and we are very grateful for his assistance with this.

With everyone more knowledgeable on African history when they first arrived. It was time to eat lunch. This was innovatively made up of food derived from the African continent. There was an opportunity to network and some men asked Christine questions one to one as they were very engaged with the presentation and wanted to seek more knowledge. One man wanted a further reading of black history. This demonstrates the eagerness of learning which the men have in order to get away from the ignorance and become empowered to better themselves.

After lunch, there was poetry, music and lyrics recital from the prisoners. They had worked together in order to make this performance. The professionals also danced and clapped with Esther our volunteer even joining in.  Overall this event was well received and the men came out of the day with being more informed and motivated to a better their life then they entered.

The celebrations ended with an Exhibition in our headquarters : Phoenix House, on 23rd October. The days aim was to celebrate the achievements of Black Individuals Past, Present and Inspire the future generations to do better. Staff dressed in traditional attire, and food was made in the kitchen. There was plenty of African sweet treats called puff-puffs to go around.

Children sat around the craft table creating greeting cards with positive affirmations, and cut outs of people with Afros, as well as important individuals in the black history. Creative adults also made up cards, taking time away from their busy life to feel the real cohesion in practice. Black History Book were displayed for the public to flick through, and the board use in Stanford Hill was reused so the monarchs of African History could be appreciated. Staff ensured to speak members of the public about Black History and the events which took place, as well as sharing their own cultures and heritage. At one point a group of young boys joined the session, being welcomed in to learn about Black History and to join in the singing with us. Although only staying for a short while, we hope they feel comfortable and confident to join us again.

The day ended with a party, with retaining the attention of the young people by singing to them with children repeating parts of the song. Steve played the drums. African music blasted out the speakers, and both young and old and all races danced and sang.

If you would like Diversity House to come to you please contact us on info@diversityhouse.org.uk
Thank you to all those who helped make our October Black History Month Events run smoothly. Thank you to HMP Stanford Hill and Rodmersham school for making time for us to come visit and hosting us. Thank you to all the public, and those who are continuous in there support of our charity aims. 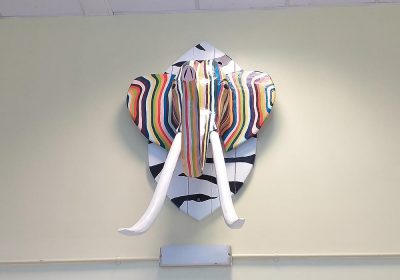 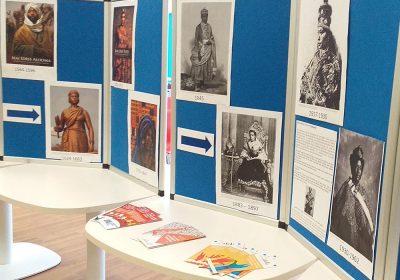 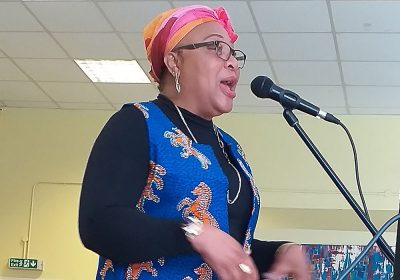